Despite snowy roads and challenging weather conditions, five St. Norbert College students were able to attend one of the largest and longest running peaceful human rights demonstrations in Washington D.C. last month. Members of the St. Norbert College Pro-Life group, Knights for Life, gathered alongside hundreds of thousands of other pro-life supporters on January 22 and participated in the 41st annual March for Life.

The overall purpose of the march is to overturn the Supreme Court decision Roe v. Wade, which in 1973, legalized abortion in the United States. The March for Life began near the Washington Monument, circled around the capital, and ended in front of the Supreme Court building. 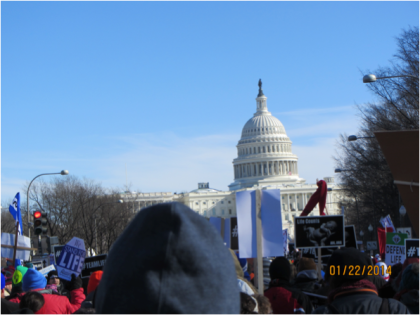 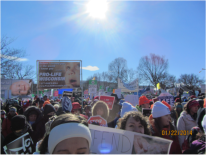 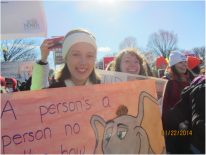 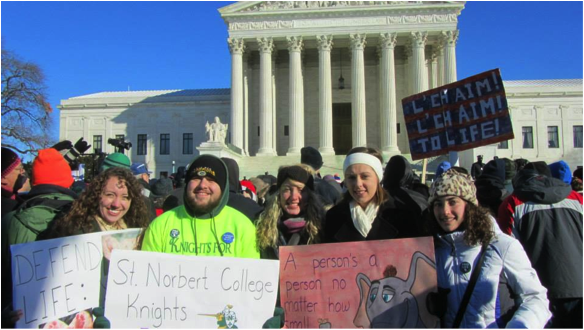 This past fall, members of Knights for Life fundraised rigorously for the trip, even raffling off a Jordy Nelson Packer jersey to raise money. The St. Norbert students in attendance included Seth Duprey, Brianna Rockwood, Maggie Schutz, Brigette Hartges, and Amy Levandoski. This was the first time any members of Knights for Life were able to attend the event – a huge step for the group.

“Going to the March for Life was one of the most outstanding and memorable experiences I have ever had. The enthusiasm that was present in the air throughout the whole trip was almost tangible. As Christians, we are called to speak up for those who cannot speak for themselves, and the March for Life was a fantastic opportunity to do this, while also engaging with hundreds of thousands of others who felt the same way.” ~Amy Levandoski

“Have you ever been to a Packer Game? The March for Life had a similar atmosphere to the Lambeau Field parking lot before the game. But instead of excitement over the Packers’ coming victory, this excitement was for something much more important: a coming victory for those yet to be born. I am glad that I was able to represent St. Norbert College at the March for Life, and I hope many more Green Knights get to represent our school at this event as well.” ~Seth Duprey